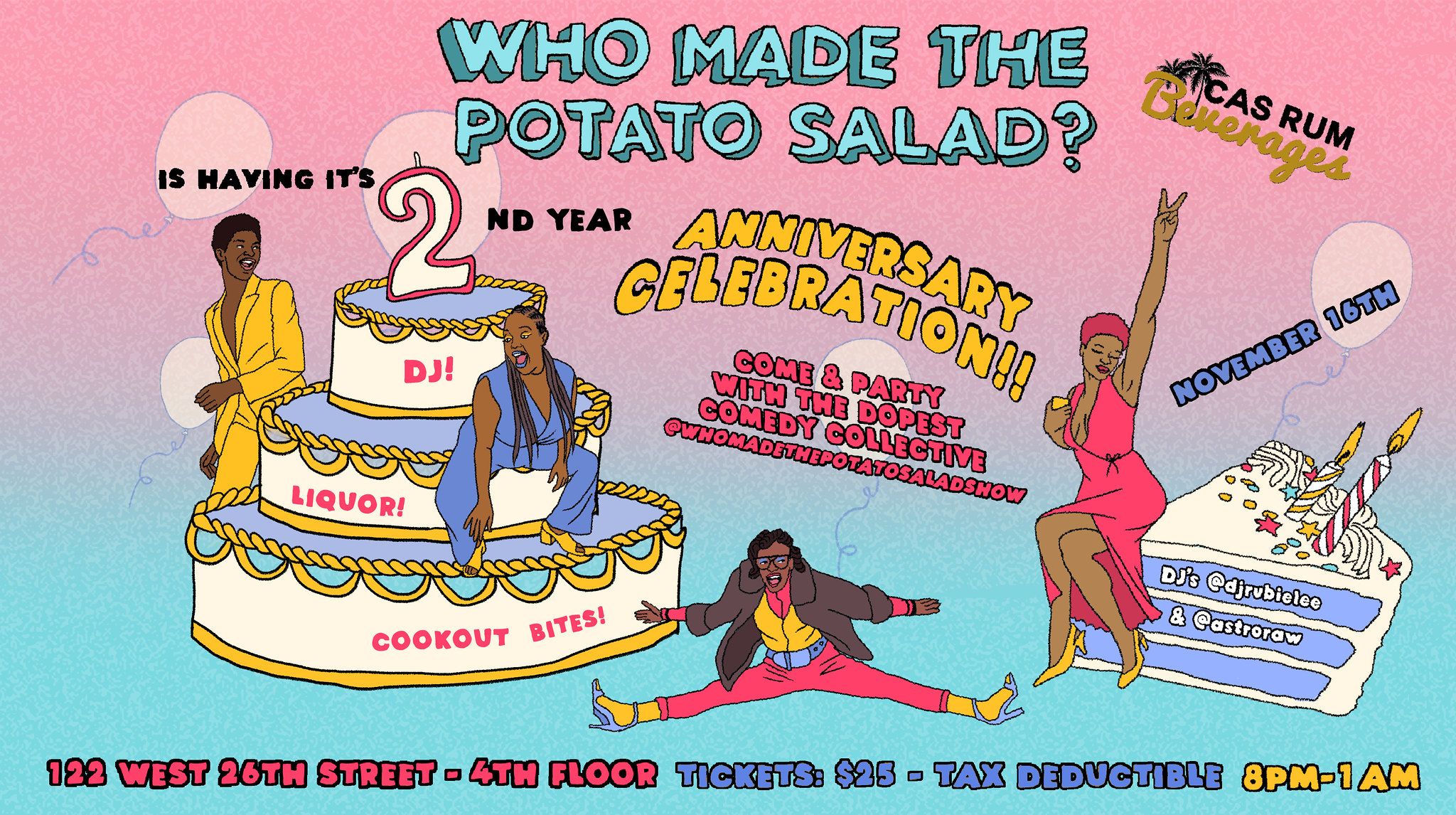 Those that have known me for some time know that I love a fun gathering that brings together my favorite things: good company, food/drinks, and music. I have been on the move focusing on Cas Rum Beverages, specifically providing/catering my drinks for different events, and I am so happy to announce that Cas Rum Beverages will be catering the 2 Year Anniversary Party of Who Made The Potato Salad?

You may ask, “What is ‘Who Made The Potato Salad?”, and I would answer as follows. Who Made The Potato Salad? is a comedy collective that amplifies the voices of comedians of color, founded by actor, writer, producer, and comedian, X Mayo. For their two-year anniversary show, they will have a hilarious performance with cookout bites, #casrumpunch and #casrumsorrel by yours truly, and sounds by Astro Raw and DJ Rubie Lee. Here are all the details:

Who Made The Potato Salad? 2nd Year Anniversary Party

Tickets are $25 and may be purchased here. Since they are also a non-profit organization, all purchases are tax-deductible.